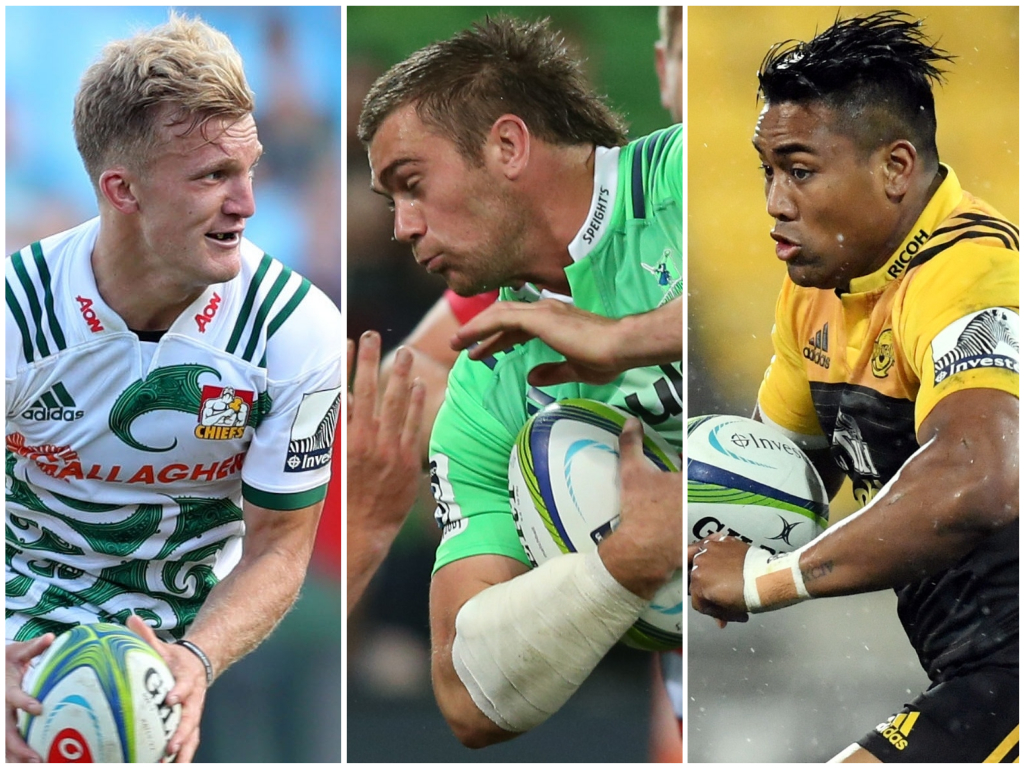 Super Rugby Aotearoa makes its return on Friday when the Highlanders face the Crusaders before the Hurricanes take on the Blues on Saturday.

Last year’s inaugural competition, which was won by the Crusaders, was a great success and that means New Zealand’s leading players have a tough act to follow in 2021. But, with some of the game’s best attackers in the five squads, it should be another exciting tournament filled with plenty of end-to-end action.

Here Planet Rugby takes a look at the players to watch in 2021. Who are you looking forward to seeing?

Although Ranger is unlikely to see significant playing time this season, he is one of the feelgood stories of Super Rugby Aotearoa.

Ranger returned to the competition as injury cover for George Bridge and Manasa Mataele after spending a brief period playing Major League Rugby for the Colorado Raptors. The six-cap All Blacks utility back will prove to be more than adequate cover as he is experienced and knows his way to the try-line.

Should he see the field for the Crusaders, it would prove to be a nice swansong for the 34-year-old.

Grace was one of the youngest players to feature in Super Rugby Aotearoa last year, and he certainly capitalised on his opportunity.

The 21-year-old started at blindside flanker for Scott Robertson’s side, and was a pest at the breakdown and in the lineouts throughout the tournament, while hard hitting in the tackle area.

Despite suffering a fractured thumb towards the back-end of the season, Grace earned a spot in the All Blacks squad for the Rugby Championship and made his Test debut against Australia at the age of 20. He will be looking to build off that this season.

McKenzie is a player who will be looking to rebound from injury and potentially relaunch his international career in the process.

He missed the 2019 World Cup in Japan after tearing his anterior cruciate ligament while playing for the Chiefs. Capable of playing at full-back and fly-half, he returned to fitness prior to the last year’s Super Rugby Aotearoa tournament.

However, he was far from his normal self as Jordie Barrett, Beauden Barrett and Will Jordan outplayed him and appeared to overtake him in the battle for the All Blacks’ full-back position.

McKenzie will hope to bounce back in 2021 and will once again hope to find that form that made him one of the most exciting players on the planet.

NEXT GENERATION | Each week we take a look at some of our next generation superstars in Investec #SuperRugbyAotearoa!

This week it's the turnover master from the @ChiefsRugby, Lachlan Boshier. pic.twitter.com/SqrWJ0PatZ

Boshier enjoyed a prolific 2020 campaign as he wreaked havoc at the breakdown and in the tackle area, while also catching the eye with his defensive work-rate. With rules at the breakdown remodelled in 2020, Boshier was a menace in that department and although the Chiefs struggled, he was one of Super Rugby Aotearoa’s standout performers.

Despite his excellent form, Boshier was surprisingly overlooked for the Rugby Championship. Whether he can pick up where he left off remains to be seen, but one thing is for certain he’ll be one to watch this year.

After establishing himself with the Chiefs, Laulala sought to move onto pastures new with the Blues.

The 29-year-old’s arrival gives the Blues an embarrassment of riches in the front-row as they now have four All-Blacks in their ranks as Laulala joins Ofa Tu’ungafasi, Alex Hodgman and Karl Tu’inukuafe.

Laulala is known for his fierce scrummaging, but has been criticised for his lack of mobility and work in the loose but has reportedly been working on that aspect of his game. Laulala’s move to Auckland looks like it could make him a more rounded player.

Clarke enjoyed a breakout campaign in 2020 as he starred in Super Rugby Aotearoa for the Blues and for New Zealand in the Tri-Nations and Bledisloe Cup. He will look to build on that in 2021.

The flyer emerged from nowhere for the Blues as he exploded with his pace, power and ability to break the line while beating defenders at will. Those facets of his game has earned him comparisons with the legendary Jonah Lomu.

Clarke also showed the ability to create opportunities for others as he finished the Super Rugby season with nine try assists as a wing.

The 21-year-old’s outstanding performances has left himself in a firm position for the future and all eyes will be on him as he looks to improve on 2020.

Like Julian Savea, Milner-Skudder was released from his contract with Toulon after injury prevented him from making a single appearance, a story which sadly sums up Milner-Skudder’s career.

The once prolific wing hasn’t played a game of competitive rugby since November 2018, which dates to 22 months on the sidelines.

Now that he is back to full health, he will look to return to the form that made him World Rugby’s Breakthrough Player of the Year in 2015 when he starred for the All Blacks in their victorious World Cup campaign in England and scored four tries.

This year stands to be a “prove it” type deal for Milner-Skudder, who is off contract at the end of the season. Should he miss a large part of the campaign once again, it is hard to imagine him getting another deal.

After returning to New Zealand following the cancellation of the Top League in Japan, Squire underwent knee and hip surgery in order to correct lingering issues, which were plaguing the back-row. Unfortunately, that has limited Squire’s career thus far.

The All Blacks back-row missed the 2017 Lions tour after injuring his thumb, and struggled to play consecutive matches in 2018 due to small niggles before a hand injury ruled him out of several Tests.

Squire then returned for the latter stages of New Zealand’s European tour before again succumbing to injury this time against Ireland.

He will be hoping to string together some games in order to dispose of the “plagued by injury” tag.

Fifita is among the most explosive and athletic ball carriers in the game, but has been swept up in the array of talent in New Zealand’s back-row reserves.

Since the arrival of Ian Foster as All Blacks head coach, Fifita has been left on the outside looking in with Sam Cane, Ardie Savea, Shannon Frizzell among others picked ahead of him. Fifita failed to make the World Cup squad and hasn’t played since for New Zealand.

The Hurricanes displayed loyalty in re-signing the forward for the 2021 season, despite not playing as much as expected in 2020.

Nevertheless, that decision will give him plenty of motivation as he looks to once again put himself in the All Blacks shop window ahead of their 2021 Test programme.

After a two-year absence, Savea has returned to Wellington, ending a difficult spell in France with Toulon. He will be motivated to prove that he can still play at a high level.

Savea finished his last spell in Wellington with 52 tries, but struggled to replicate the same dominance in Toulon as he found the whitewash just three times in the 2019/20 season.

Familiar territory could once again bring the best out of the prolific wing, who will be motivated to try and an earn a place back in the All Blacks set-up as the 2023 World Cup in France edges ever closer.